The wreck of the plane sank some 50 ft (15.24m) to the bottom, turning turtle as it did so, and came to rest on its back on the notoriously shifting Goodwin Sands, which soon covered it.

Last month, a team on board the Port of London Authority (PLA) vessel, Yantlet, set out from Ramsgate to survey the wreck using the latest high-tech sonar equipment.

The survey confirmed an earlier finding that the plane has now been uncovered by the sand, as 70 years of time and tide have done their work.

“The wreck is there. It seems to be still intact, and we’ll find out more information over the next few days as we process and look down deeper into the data we have.”

I hope the funds can be secured to raise the plane, before too much is pilfered by souvenir hunters.

I am following a Twitter feed from the UK National Archives. The feed is literally a blow-by-blow account of the British War Cabinet meetings during 1940.

At this point in June 1940, we’ve been through the humiliation of Dunkirk, and we’re about to face the Battle of Britain. However, while the British were licking wounds and making snarling noises in the direction of Germany, France was fighting for her life. In the Cabinet papers today, I learn that there was a proposal to make “an indissoluble union and unyielding resolution in defence of liberty and freedom”. The Declaration of Union would be put to the French government the next day. The whole idea was as far-reaching as it was startling. While there would be no single currency, citizens of each country would become citizens of the other, and there would be a so-called Super War Cabinet which would direct the progress of the war for the two countries. The man behind this whole idea is none other than General de Gaulle – the very one who about thirty years later would categorically deny the UK entry to the Common Market! Be that as it may, if things had worked out, by the end of June 1940, there would have been a Franco-British union. Sadly, no sooner than the British War Cabinet agreed to proceed with the idea, word came through that the French High Council was meeting to decide whether further resistance against the German invaders was possible. History tells us that the French surrendered to occupation shortly after, and Great Britain was left alone to continue the fight. How different things might have been had the proposed union been considered earlier in the year, or even before the outbreak war in 1939.

The PS Medway Queen is currently being restored in Bristol. In May and June 1940, she made seven trips across the English Channel during Operation Dynamo, rescuing some 7000 men.

I am particularly moved by the passage about the Belgian scrapyard owner who, on discovering the identity of the vessel, refused to scrap it.

I “discovered” the Battle of Britain as part of a history curriculum subject at school. I became hooked, and over the years I’ve maintained my interest.

I’ve also become fascinated with the whole period leading up to the Battle, and as we’re now into a season of 70th anniversaries, various organisations are looking at Operation Dynamo, the evacuation of 330,000 Allied troops from Dunkerque and Calais. Today marks the first day of the operation itself, and I would like to share this audio slideshow with you. 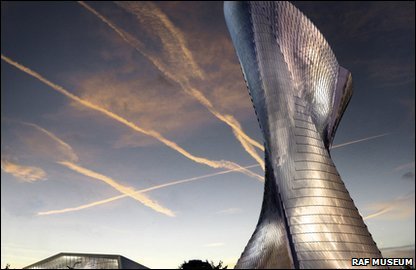